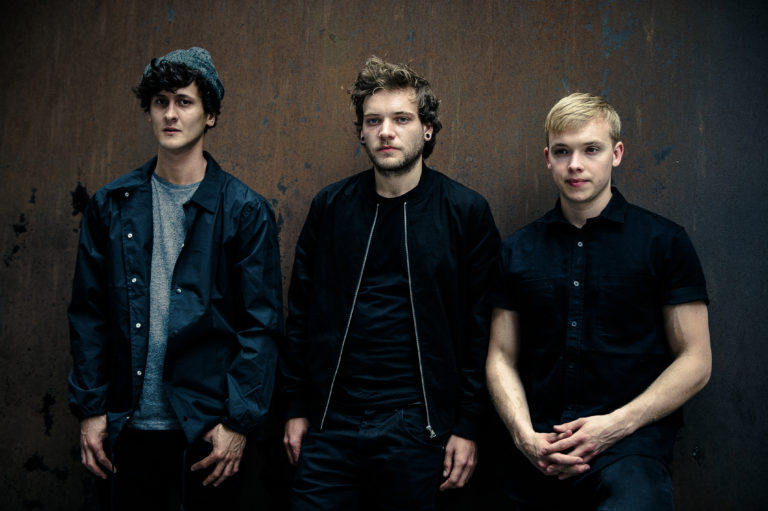 “Everyone feels emotions.” Sometimes the simplest phrases are the most powerful. Certainly, it’s the choice of words Crawley trio Press to MECO arrive at when discussing their second album, ‘Here’s to The Fatigue’.

“It’s easy to get annoyed and frustrated at life sometimes, or the state of the world in general,” says drummer and lyricist Lewis Williams. “But we want to write about these things from a human, emotional point of view, because those feelings are universal – everyone can relate to them.”

Written in Lewis’ garage throughout 2015-16, with the band often trying to jam an idea down to its very core elements, on ‘Here’s To The Fatigue’ PTM are continuing to build using giant choruses, shiny, layered vocals and simple, yet fiendishly cunning guitar melodies as on their 2015 Good Intent debut, taking in influences as wide and varied as Fall Out Boy, Arcane Roots, SikTh and Muse. Press to MECO have grown on this new album, not by taking huge, mile-long strides into the unknown, but by getting “much, much better at what we can do,” according to Luke. But it’s in what’s behind the music that adds the real spark.

Lewis recalls working on the lyrics during a time when he describes himself as feeling “sort of lost. I’d reached a point, as many people do, where you’re looking around at your life and wondering what’s next. There’s loads of really crazy things going on in the world right now as well. With all of that mixed together, it all fed into the lyrics.”

Often working on a laptop in his garden, the lyrics that make up songs like ‘Familiar Ground’, the rousing ‘If All Your Parts Don’t Make A Whole’ and the impatient ‘Itchy Fingers’ sit at odds with their upbeat, happy-sounding music. Nowhere moreso than on the riffy, anthemic ‘The Things That We Don’t Talk About’, the song all three members of the band pick as a favourite from the record.

“There’s loads of really important, big things that people just don’t talk about,” explains Lewis. “Like, death is the biggest thing that will ever happen to you, it’s all around us, but it’s a thing nobody ever really wants to talk or think about. It’s exploring that idea, that so many big things go unsaid.”

This isn’t to say Press to MECO are mired in misery. Quite the opposite. In fact, that’s the point behind the whole thing, write large in the album’s title: ‘Oh well, let’s keep going.’

“That’s exactly it!” grins Luke. “It’s almost like saying, ‘Well, life can be hard sometimes, the world can be a tough place, but we’re still here – cheers!’”

“We like to mess with people a bit like that,” adds Lewis. “You’re listening to this really melodic, happy sounding music, and then a line will just jump out at you and you’ll go, ‘Oh…’ It gives the whole thing an entirely new perspective.”

Also giving Press to MECO new perspective is working with American producer Machine on the new album in Austin, Texas. Known for his work with an array of bands from Fall Out Boy and Four Year Strong to the heavier sounds of Lamb Of God and Miss May I, the band plumped for him because, “He can make a band sound like themselves.”

“He really listens and tries to make your record sound like its own, individual thing,” says Luke. “It’s not like he goes, ‘Oh, here’s a heavy bit,’ and does the same thing he’d do for Lamb Of God. He really works with you to bring out the personality of you and the songs.”

Having announced their signing with Marshall Records and Publishing in January 2018, ‘Here’s to The Fatigue’ continues the upward trajectory Press to MECO are already set on, having toured with the likes of SikTh and Don Broco in the UK and Shinedown through Europe and Russia over the last year. And though struggling to put a definitive tag on what they do (“pop-punk-post-hardcore-rock?” suggests Luke with a laugh, before simply settling on “Rock”), ‘Here’s to the Fatigue’s’ intelligent mix of sounds and depth of universal emotions could well see the band becoming one of the hottest British artists of 2019. Here’s to that…

For fans of: Coheed and Cambria, Billy Talent, Reuben 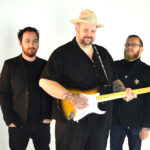 BIG BOY BLOATER AND THE LIMITS 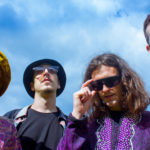