Ondt Blod is a Sami scream from the far north. Their second album, “Natur”, made 100 years after the first indigenous political organising in Norway, is a Sami call to arms against the still on-going colonization and oppression. “Natur” celebrates the duality of human nature, where champagne meets cyanide, machine-gun riffs meet the catchiest choruses out of Scandinavia since ABBA.

Following the release of ‘Natur’ Ondt Blod embarked on a tour of Denmark followed by a support tour with British heavy rock legends Therapy? As well as a short run of headline shows around Germany.
The band were also invited to support Helmet across Germany followed by a performance at both Wacken Open Air and Summer Breeze festivals.

September to December 2018 saw the band continue touring across Germany and Benelux and Switzerland as a headline act as well as again joining Therapy? For a two week tour and playing Reeperbahn Festival Metaldayz.

The band look forward to an eventful 2019 kicked off by a performance at Eurosonic Music Conference in Holland. 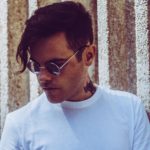 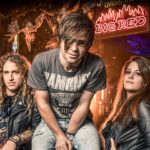