On Video are a four piece from East London. They make garage influenced guitar pop with an emphasis on hype and brevity.

2019 will see them release their debut EP Clap Trap, recorded at The Premises in Hackney and mixed by Rich Cooper (Mystery Jets, Temper Trap). Having recently completed a nationwide tour supporting Bloxx, they will continue bring their energetic live show to venues and festivals across the UK throughout the year.

“Ghee is like a triple shot of caffeine – succinct and strong, and bursting with energy” – Gigwise

“If you can imagine The Beach Boys on speed, that’s what On Video sound like” – When The Horn Blows 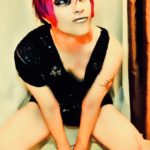