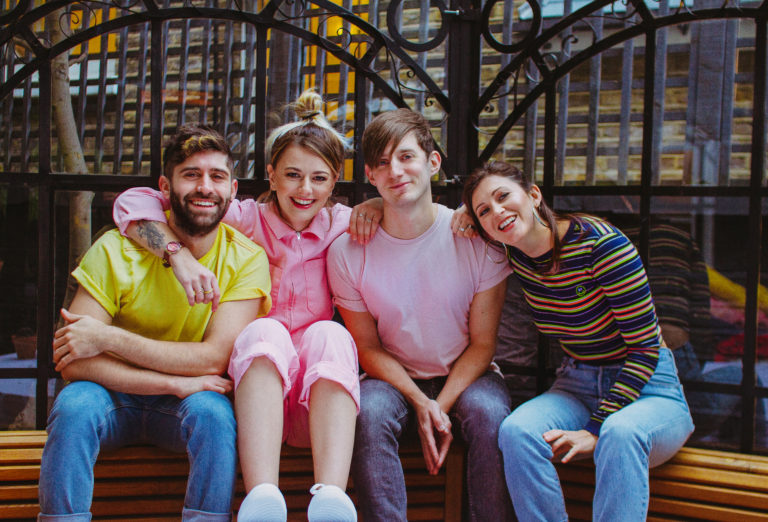 Louise Bartle has been drumming since childhood. After cutting her teeth as a session player with pop stars like Selena Gomez and Eliza Doolittle, she landed the gig playing drums for Bloc Party in 2015. It was around that time that she began writing her own songs. Touring has a lot of downtime, after all, and she was armed with a guitar and a whole bunch of feelings.

Bloc Party guitarist Russell Lissack took immediate notice of Louise’s writing skills. “The moment I met Louise, I knew we had a unique musical chemistry,” Russell says. “We often joke that we must be twins because we are so in sync.”

Once off the road, Louise and Russell enlisted fellow Londoners, Iona Thomas and Tony Alda, and Novacub was officially born.

Bassist Iona, originally from Wales and a touring harpist with artists like Neneh Cherry and Laura Mvula, became friends with Louise through the London music scene. Similarly, Venezuelan drummer Tony Alda met Louise when the two of them attended many of the same open mic nights around town.

“Writing songs in Novacub has been a magical experience for me,” Louise says. “I have been able to express myself fully and let loose all my creative juices. Meeting Russell was vital – he’s helped pull out my creativity and has given me the confidence to stand up front on stage. Tony and Iona give Novacub our full identity and bring so much excitement into the band.”

“Iona and Tony as our rhythm section was the missing piece of the puzzle we were looking for,” Russell adds.

For fans of: Paramore, Everything Everything, Wolf Alice 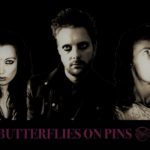 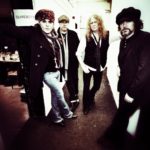