‘Her spikiest confection to date.. with hints of electro and industrial, that doesn’t forget to pack a punchy chorus.
Paul Lester – THE GUARDIAN

‘Pretty spot on if you ask me’ – BBC INTRODUCING

Fusing an avant-garde mix of electro/rock, Lara’s music is guitar-driven, synth-inspired and brimming with colourful layers of alt-pop.

Influenced by many genres of music, Lara started out writing punk and soul tunes on her guitar – but all-night raves in her teens led to a love of dance music and experimenting with samples.

In recent years, having caught the ear of BBC and international DJs, Lara’s music has so far received extensive airplay on radio stations in the UK and across the world.

She’s performed at some the worlds largest venues and music festivals including The Isle Of Weight Festival, The Great Escape and she already has four Glastonbury performances under her belt. She has supported and shared the stage with many legendary artists such as Pete Doherty, James MCartney and Jesse Wood.

Her debut album is now available to pre order on iTunes and Amazon and will be released on WonkyPop Records.

For fans of: Yeah Yeah Yeahs, The Gossip, My Baby 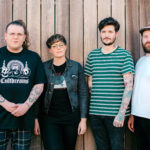 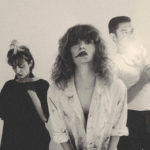