King Creature is the embodiment of rock and roll. The band were catapulted into the limelight as the opening act for Motörhead at The Eden Sessions and since then, have played with rock and metal heavy-hitters such as Megadeath, Hellyeah and Down.

They have been playing shows and festivals across the UK, including Hard Rock Hell, Planet Rock’s Winter’s End, Boardmasters and Amplified, as well as a special appearance at BBC Amplify 2017, an event celebrating ten years of BBC Introducing. King Creature have also taken their high-octane show overseas, performing in Shanghai at Music China, the largest MI trade show in Asia, in association with Marshall Amplification.

Their debut single, ‘Lowlife’ was released in July 2017, with the video being playlisted by Scuzz TV. ‘Can You Forgive Me?’ was released in September, shortly before debut album ‘Volume One’ was released through Marshall Records. The album has been showered with praise in all rock and metal publications. The band set off to promote the album with an intimate launch show at The Gibson Rooms in London and hit the road across the UK in early 2018 as part of the ‘For The Record’ tour in association with Marshall Amplification and Independent Venue Week, as well as a special acoustic performance for Harley Davidson.

King Creature recently performed at the Metal Hammer Golden Gods Awards party ahead of hitting the road again supporting Doyle on the UK leg of his tour. 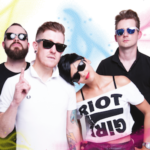 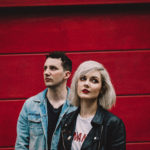