We would like to introduce JW Paris to you, a London based three piece who have supported the likes of Pretty Vicious, The Amazons and Yonaka to name just a few. Their ballsy new sound builds on influences ranging from Smashing Pumpkins, The Dandy Warhols, Nirvana, FIDLAR, Blur and Suede, which in turn gives them a raw anglo-american, alt-rock swagger with the vocal delivery, phrasing and harmonies that wouldn’t sound out of place in the brit-pop hey day.

JW Paris have been in the studio working on their debut singles with Hugo Nicolson (Grammy award winner who has worked with Primal Scream, Radiohead and Bjork) and mastered by John Davis at Metropolis (U2/Noel Gallagher).

Currently tipped as a band to watch in 2019 for Fred Perry Subculture, JW Paris have accumulated nationwide radio play, over 20k views across social channels, synced to Sky Sports and their single ‘Darker Side of Paradise’ taken up as the British Swimming 2019 sponsorship song. 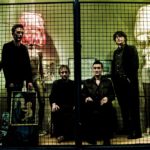 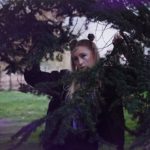