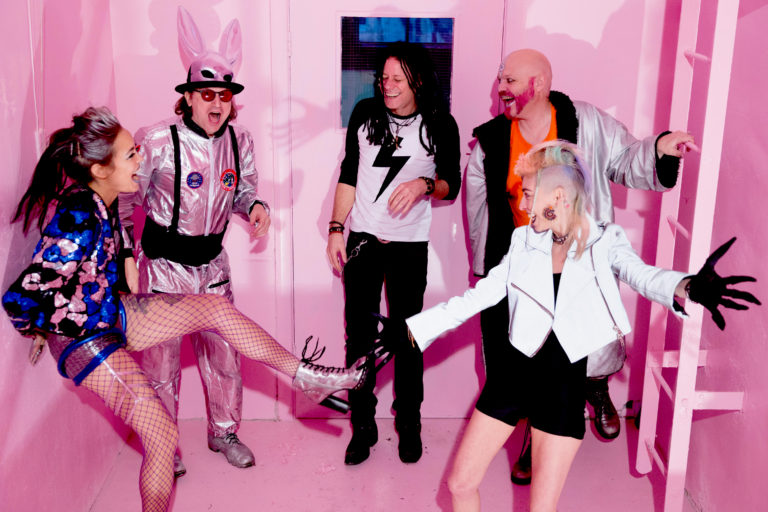 Flesh Tetris sees the coming together of five members of a disparate yet exciting array of talents including new musicians and veterans alike. First there is guitarist/bassist Andy Duke of Top Buzzer, Cauldronated, The Duel and a clutch of other projects fame. Then there is the inimitable presence and vocal prowess of vocalist Eva Menon also from Cauldronated as well as the distinct creative mischief and character of vocalist Andy Heintz from The Men That Will Not Be Blamed For Nothing who has already released one of the year’s essential gems in the shape of the album Double Negative. Alongside the three is Karen Bell who quickly reveals herself as one mighty ear lure with keys, voice, and theremin and legendary ‘The Men That Will Not Be Blamed For Nothing’ drummer Jez Miller, who lays down inescapable bait with his manipulative swings.

It is a line-up which quickly turned an instinctive interest because of their other adventures into lusty attention and an eager appetite for their sound. Described as “Retro SciFi Eurotrash”, Flesh Tetris weave a kaleidoscope of styles and flavours in their music, embracing everything from punk and its electro form, to pop and rock, techno, industrial and much more. It makes for something fresh, virulently infectious and imaginatively gripping eager to throw the body and imagination around like a puppet through its animated antics. And their gigs, not surprisingly, are best described as ‘events’ rather than mere performances. Like their debut release, this quintet’s live shows are fun, energetic, weird and incredibly memorable. As a result, Flesh Tetris have had requests to perform at interesting festivals such as Time Quake in Manchester, The Asylum in Lincoln and Alices Wicked Tea Party in Dorset. The were also asked to perform at this year’s Polyfest – a tribute to X-Ray Spex, with their rendition of Oh Bondage going down a storm.

Flesh Tetris describe their music as “pop music for unpopular people” and if this is what ‘hate’ inspires we for one quite content to be among the disliked at the kind of thrilling party where you Insert Coin and salaciously enjoy. 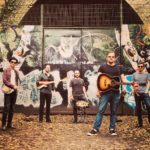 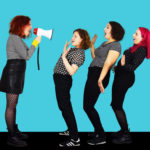